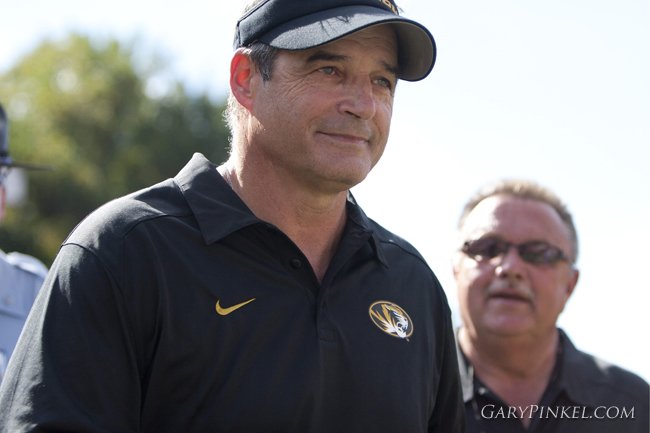 Head Coach Gary Pinkel will be making a trip to Jefferson City, Mo. one week from today onboard the Mizzou Caravan.

Mizzou Athletics will host a “Tiger Talk” program that evening at the Truman Hotel (1510 Jefferson Street) in Jefferson City. A reception will begin at 6 p.m., where Tiger fans will have the opportunity to chat with the coaches and players prior to the 7 p.m. formal speaking program.

Fans will also have the ability to get autographs and photos with Pinkel and Co., in addition to getting photos taken with the AT&T Cotton Bowl trophy and other championship trophies. Fans can even try on official Mizzou team-issued gear to feel what it’s like to play for the Tigers!

Admission to the Jefferson City Caravan event is free for TSF members, and guests may become annual members of the Tiger Scholarship Fund for only $50 for a family. Additionally, Mizzou fans can pick up 2014 Tiger football ticket information at the event.

Reservations are requested due to space considerations. For reservations, please contact the TSF office at 573-882-0704 or by e-mail at tsfevents@missouri.edu.