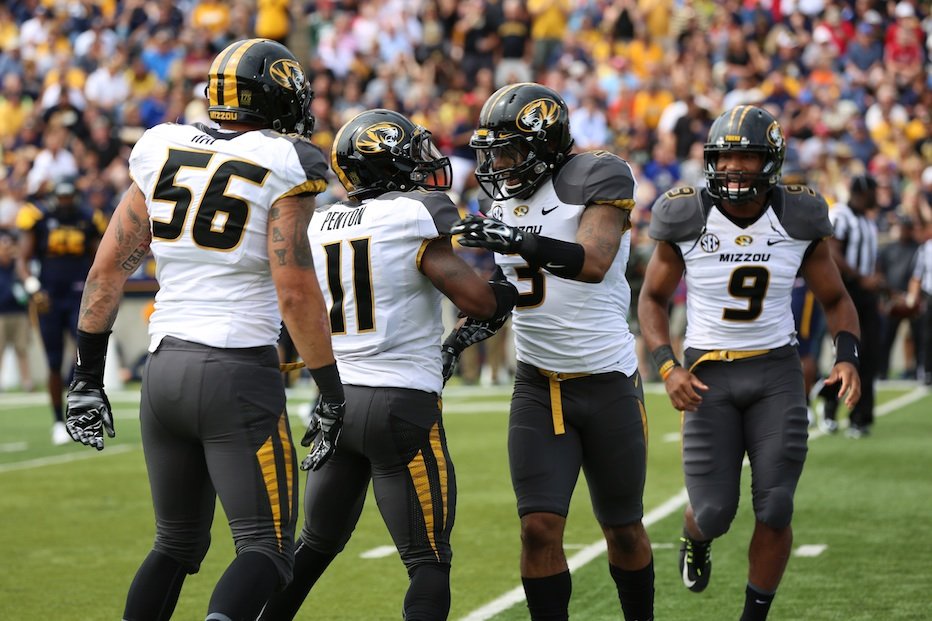 was a homecoming of sorts for Head Coach Gary Pinkel and quarterback Maty Mauk, and they made sure it was a memorable one with a dominating 49-24 victory.

Pinkel served as the head coach at Toledo for 10 years before coming to Mizzou, and has the distinction of being the all-time wins leader at both universities. Saturday was his first game back at the Glass Bowl since taking the helm in Columbia in 2001.

Mauk is from Kenton, Ohio, just 75 miles south of Toledo. The sophomore set national high school records for completions (1,353), passing yards (18,932), total yards (22,681) and passing touchdowns (219), and in his first time back playing in Ohio, Mauk tied a Mizzou record with five touchdown.

Runningback Russell Hansbrough got Mizzou on the board first with a 16-yard touchdown run on their second possession of the game. The junior finished with 84 yards on 14 carries. 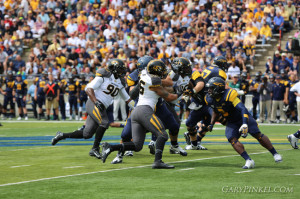 With a minute and a half left in the first quarter, Mizzou drove 75 yards on just five plays to regain the lead. Mauk started the drive with a 45-yard bomb to Darius White, and then finished it off by rolling out and finding a wide-open White in the endzone from seven yards out.

After both teams traded punts, Toledo took over at the Mizzou 46-yard line at the 14-minute mark of quarter number two. A two-yard rush and an incomplete pass made it third-and-eight, and Mizzou brought the blitz, forcing the Toledo quarterback throw it up for grabs. Aarion Penton picked off the jump ball and returned it 38 yards to the Toledo 25.

Mauk took over from there, hitting Bud Sasser for 24 yards, and then ran it in himself on a naked bootleg two plays later to extend the Mizzou lead to 21-7.

Toledo got the ball to the Mizzou five-yard line on their ensuing possession, but a 17-yard sack by Markus Golden on third-and-goal forced the Rockets to attempt a 44-yard field goal, which the Tigers blocked, keeping their two-touchdown lead intact.

Mizzou’s defense clamped down yet again on the Rocket’s following possession, and then Marcus Murphy worked his special teams magic, returning the Toledo punt 39 yards to give the Tigers great field position once more. Mauk connected with the jack-of-all-trades for a 26-yard catch-and-run on the very next play, and then hit Jimmie Hunt in the endzone for a 13-yard score.

Mizzou continued to exert its dominance on their first possession of the second half, orchestrating a 13-play, 85-yard scoring drive to go up 35-7. The Tigers used a very balanced attack to march down the field, getting 33 yards from Murphy and Hansbrough on the ground, while gaining 31-yards through the air. Mauk also ran it twice for 11 yards and executed a perfect screen to Murphy for a 13-yard score to finish it off. 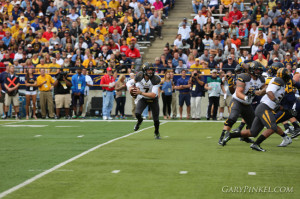 Toledo pulled within two touchdowns with consecutive scoring drives, but Mizzou quickly put an end to the run when they drove 75 yards in just over a minute to extend the lead to 42-21. On third-and-seven from their own 28, Mauk connected with Sasser for 47-yards on a post-route up the middle, and then hit him for a 25-yard touchdown on the very next play.

Mauk threw his fifth and final touchdown with 7:35 left in the fourth quarter when he rolled to his left and threw a perfect ball to Hunt in the endzone for a 12-yard pitch-and-catch.

Mauk finished 21-32 for 325 yards, while also gaining 46 yards rushing on 12 carries. He spread the ball around nicely, as five different receivers had at least two receptions. Sasser led the group with five catches for 121 yards, Hunt hauled in six balls for 71 yards, White had five grabs for 69 yards, and Murphy and tight end Sean Culkin rounded out the receiving corps with three and two catches, respectively. Murphy also added 63 yards on the ground on 13 carries.

Mizzou extended its FBS-leading streak of 46 games with a takeaway with two forced turnovers Saturday. Sasser chased down a Toledo defender in the first quarter and forced a fumble that was recovered by Hunt. Penton’s interception on the next series accounted for the other.

Shane Ray had two sacks to lead the Mizzou pass-rush, and Markus Golden added one of his own. The dynamic duo had a combined 4.0 tackles for loss for 32 yards.

With the victory, Mizzou…

The Tigers return home September 13 to take on the Knights of Central Florida at 11 a.m. CT. The game will be broadcast on the SEC Network and Tiger Network radio affiliates.