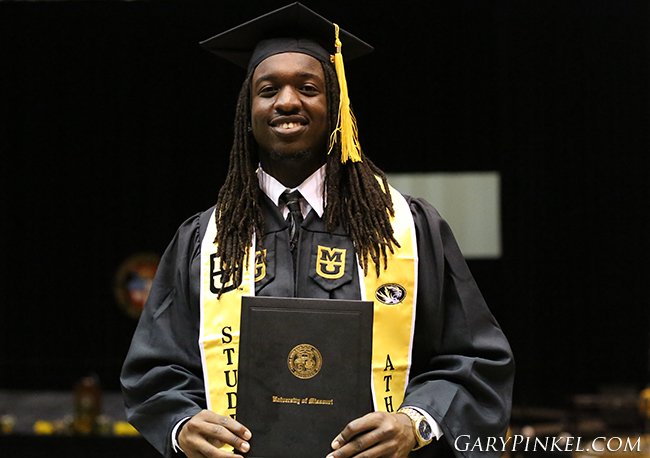 COLUMBIA, Mo. – As the NCAA released its annual Academic Progress Rates (APR) on Wednesday, May 27, Mizzou once again found itself ranked among the SEC’s best as it continues to ‘Prepare Champions For Life.’ Mizzou posted four conference-best marks while ranking tied for second in average program APR among all 14 SEC schools. The average APR for Mizzou’s 20 varsity sports was 987, trailing only Vanderbilt (992).

Mizzou’s men’s indoor (988) and outdoor track (988) programs and women’s swimming and diving (1,000) all led the SEC while the Tigers’ wrestling team (986) led the Mid-American Conference. Mizzou’s softball program ranked second in the SEC with its 994 mark and Gary Pinkel’s football squad ranked third among SEC schools at 976. Of Mizzou’s 20 varsity sports, 12 ranked among the top five in their respective leagues as well.

Individually, 207 student-athletes earned spots on their respective Dean’s Lists in the fall semester while 51 percent earned GPAs of 3.00 or better. That number grew to 54 percent in spring.

Mizzou has placed a premium in ‘preparing champions for life’ and the Total Person Program at Mizzou does not limit that success to strictly academics as life skills are a big part of the program.