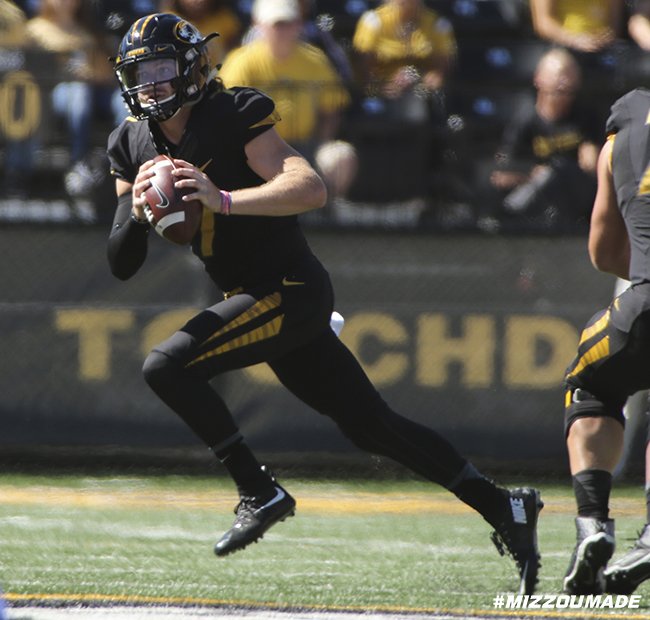 COLUMBIA, Mo. – Mizzou won 9-6 over UConn on Saturday afternoon in The ZOU.

In front of a strong “Tiger Stripe” crowd of 70,079, the Tigers (3-0) got on board first midway through the opening quarter when Clarence Green blocked a UConn punt out of the end zone for Mizzou’s first safety off a punt since 2009 vs. Nebraska.

On their next possession, the Huskies (2-1) took advantage of a short field to drive 35 yards in five plays to score on a 6-yard run by Ron Johnson. Kentrell Brothers blocked the extra point to keep it a 6-2 ballgame. It was the last points the Huskies would score on the day.

A game that pitted two strong defenses finally went the Tigers’ way midway through the third quarter. Mizzou grinded through a 15-play, 68-yard drive that took 6:34 off the clock. Ish Witter had 50 of those yards on the drive, with 28 yards on six carries to go with a key 20-yard reception from Mauk on 1st-and-25. Six plays later, Mauk rolled into the end zone from two yards out on an option keeper.

With the lead secured, the ball was once again put in the hands of the Tiger defense, who forced punts on the Huskies’ next three drives before sealing the win in the final seconds. With UConn facing a fourth-and-4 from the Mizzou 25, the Huskies lined up for a field goal coming out of their final timeout. As holder and backup QB Tim Boyle dropped back to pass off the fake try to tie, Josh Augusta burst through the line. Boyle was forced to throw, and Anthony Sherrills stepped in front of the ball to send Mizzou’s offense into Victory Formation.