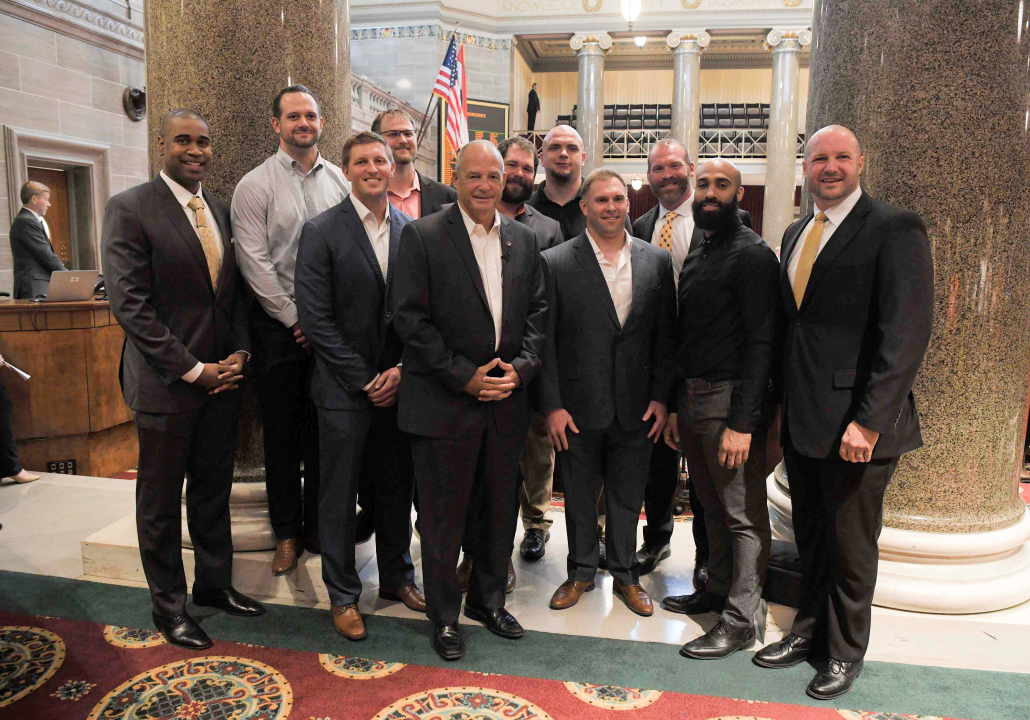 On April 27, 2022, Coach Pinkel had the tremendous honor of receiving proclamations from both the Missouri House and the Missouri Senate recognizing his successful coaching career and his impending induction into the National Collegiate Football Hall of Fame. Friends, family, colleagues, several former players, and members of the media watched from the galleries as the representatives and senators celebrated his contributions to the State of Missouri. Following the formal proclamations, Coach Pinkel greeted many friends and fans, posing for photos and signing autographs.

View photos from the House and Senate proclamations here.

Additionally, April 27 was Coach Pinkel’s 70th birthday. Check out our post about his surprise party at Madison’s, complete with a heartwarming video featuring birthday and congratulatory messages from all over the country.