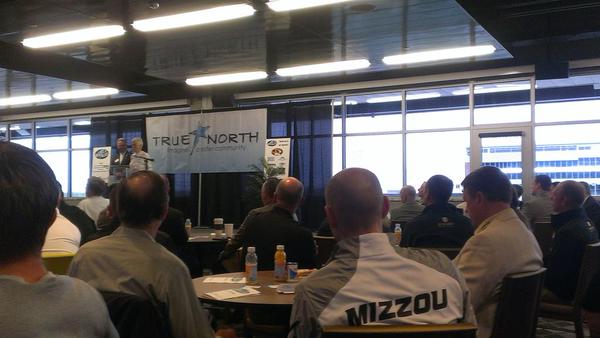 Athletics has teamed up with True North of Columbia, a comprehensive sexual violence and domestic abuse service program, in hosting its “Men as Allies” event on the University of Missouri campus. University officials such as Mizzou Director of Athletics Mike Alden, as well as several student athletes were in attendance to demonstrate against sexual assault and domestic violence.

“To know that we had so many of our student athletes here, so many of our coaches and staff really embracing the fact that sexual assault and domestic violence there is no place for that on our campus, there is no place for that in our athletic program.” Alden said, “And that students are the ones saying that. For them to be here in force, I think it makes a pretty strong statement.”

“It is an amazing catalyst for change in the community,” Colleen Coble from the Missouri Coalition Against Domestic and Sexual Violence said. “The men in leadership positions both in the community and on the campus is just amazing. It’s going to make a difference.”

True North of Columbia’s mission is to provide a safe environment by educating, empowering and advocating for victims of domestic abuse and sexual violence. Their services include providing victims of abuse with safe housing, advocacy and support through counseling and education groups. Mizzou Football is proud to support True North of Columbia in their work to eliminate domestic abuse and sexual violence.