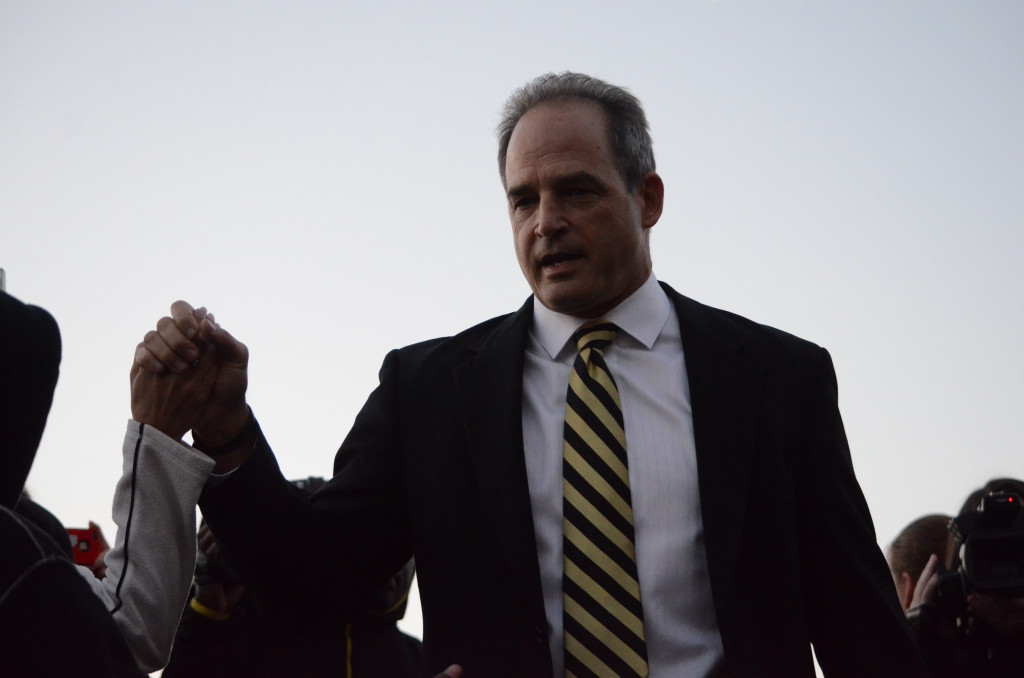 PHILADELPHIA – Mizzou Football head coach Gary Pinkel has been named a finalist for the Maxwell Football Club’s Collegiate Coach of the Year Award, the organization announced Tuesday (Dec. 3). In his 13th season leading the Tigers, Pinkel has firmly led Mizzou back into the national spotlight with its 11-1 overall record and Southeastern Conference Eastern Division title (7-1 SEC), in only the school’s second season of SEC competition. 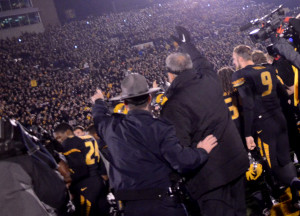 The Tigers’ resurgence in 2013 is one of the best turnaround stories of the college football season as injuries derailed Mizzou’s inaugural SEC campaign in 2012. A refocused and healthy Mizzou squad has ascended to No. 5 in the Bowl Championship Series standings heading into Saturday’s SEC Championship Game vs. BCS No. 3 Auburn inside the Georgia Dome in Atlanta, Ga.

Mizzou’s 28-21 victory over then-No. 19 Texas A&M (Nov. 30) not only clinched the SEC East for the Tigers, but also matched Pinkel with legendary Tiger head coach Don Faurot with an all-time program-best 101 wins. It was also Mizzou’s fourth over a ranked opponent this season. 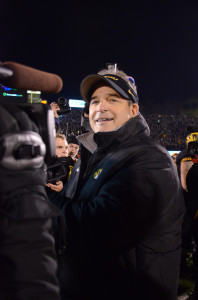 Joining Pinkel as a finalist are Duke’s David Cutcliffe and Auburn’s Gus Malzahn. Voting is now open for the finalist selection for the MFC Collegiate Coach of the Year. Eligible voters include NCAA Bowl Subdivision Head Coaches and Football Sports Information Directors, Maxwell Football Club members and selected national media. The winner announcement will be made on Thursday, Dec. 19 and the award will be formally presented at the 77th Maxwell Awards Gala which will be held in March 2014 in Atlantic City, N.J.

The Maxwell Football Club was founded in 1935 and is the oldest football club of its kind in America. The organization is devoted to recognizing excellence at all levels of football from high school through the NFL ranks. Under the stewardship of MFC President Ron Jaworski the Club has grown rapidly and has members in 40 states. The MFC provides educational and training programs for players and coaches, and also provides scholarships to outstanding student-athletes who demonstrate excellence on the field, in the classroom and in the community.

More information on the MFC can be found at www.maxwellfootballclub.org.

Kickoff for the nationally-televised SEC Championship Game will be on CBS and is set for 3 p.m. CT., Saturday.