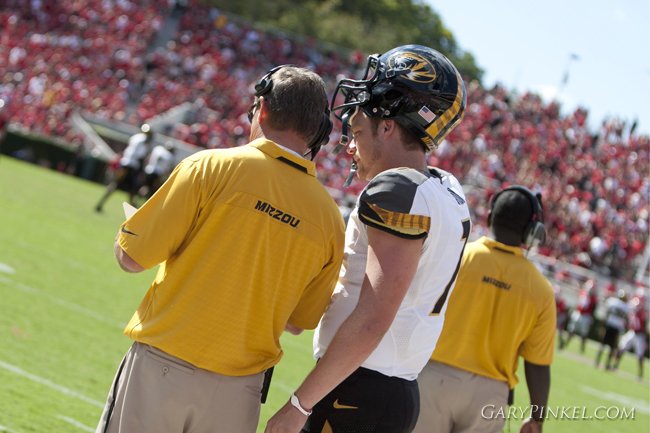 Redshirt sophomore quarterback Maty Mauk will work alongside one of the most recognizable names in football, thanks to a Hall of Fame quarterback who manned the Denver Broncos to a Super Bowl in February.

Peyton Manning, along with his younger brother Eli, who captured championships with the New York Giants in 2007 and 2011, has solicited Mauk’s help for this year’s Manning Passing Academy, which runs July 10-14 on the Nicholls State University campus in Louisiana. 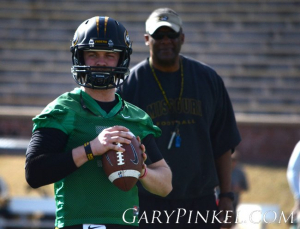 Academy is one of the most prestigious and highly touted programs in the country for developing high school quarterbacks, and more than 1,000 hopefuls will be in attendance this year.

“It’ll be great to get down there and counsel the younger kids,” Mauk  told MUTigers.com on Thursday. “I’m excited to work with them and also work with the rest of the coaches and counselors at the academy.”

Not only will he be an instructor, but Mauk says he will also be attempting to absorb as much as he can from those around him while he is at the camp.

“I’ll be able to learn, too,” he said. “I’m always looking to pick up leadership tips and soak up the other small things that go into being a successful quarterback.”

Some of those things include perfecting mechanics and hastening one’s game, so as to stay one step ahead of the opposition.

“It’s been footwork and getting the ball out quickly,” he said, addressing the skills that he has been working to improve upon this summer. “Those are the types of things that give us a better chance to get the ball in play and make big plays.

“We actually had the chance to talk at his wedding this past weekend,” Mauk said. “He said to continue to grow as a leader. The rest of the team will lead behind you.

“It’s another stepping stone for me, personally, for taking on a bigger leadership role on the team,” said Mauk. “Everyone in the country is watching. It’ll be fun.” 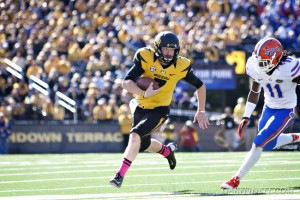 Mauk made four starts for a 12-2 Mizzou team last season as he filled in for the injured Franklin. He won three out of those four games, throwing for just over 900 yards and 10 scores in the process. He also rushed for 114 more on the ground in a 31-3 stomping of Tennessee on his way to making the SEC All-Freshman Team.

After the Academy, Mauk will join junior center Evan Boehm and senior defensive lineman Markus Golden at SEC Media Day on July 16 in Hoover, Ala.