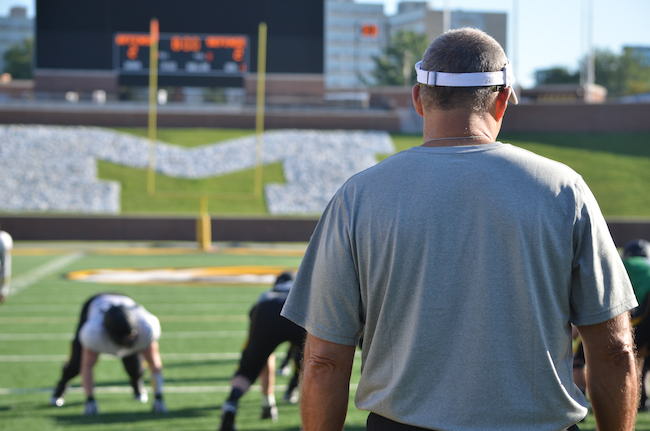 “Coaches and players can say anything they want, but if they don’t back it up with performance and hard work, the talking doesn’t mean a thing.” –Michael Jordan

You have probably heard the phrase “Actions speak louder than words.” This is a truth that applies to all areas of life, especially for a sports team. It is one thing to offer support when everything is going well, but if that support is not offered when life is in survival mode, the Law of Accountability loses its meaning.

Teammates must be able to count on each other when it counts.

If they can’t count on each other, a team will not be able to conquer the most incredible challenges. In the words of basketball legend Michael Jordan, “Coaches and players can say anything they want, but if they don’t back it up with performance and hard work, the talking doesn’t mean a thing.” Jordan, although he has tremendous athletic ability, did not earn ESPN’s 1999 Greatest North American Athlete of the 20th Century by simply by saying he would. He put in the hard work and promised his coaches and fellow teammates that he would perform to his upmost ability. He did not break that vow and in turn, he earned respect, trust, and championships. His team knew that when they passed the ball to him, he would not slack. Why? Because the legendary Michael Jordan didn’t slack off in practice.

When all team members embrace each of those five qualities—personally and as a team—they can achieve the accountability necessary for success.

You can’t be a team or a leader without trust, and where does trust stem from? Genuine character. Character makes trust possible. Trust makes leadership possible.

Genuine character is the beginning of accountability because its basis is trust. If you cannot trust someone, you will not count on him. Therefore, if you want to build a team of leaders, you have to start by building the character of the individuals who make up the team.

Competence is “getting the job done.” It matters.

Let’s put competence into perspective: Imagine you have a life-threatening illness. Would you rather have a good surgeon who was a bad person, or a good person who was a bad surgeon? You will be able to rely on a teammate when you know they encompass both competence and character

Having an unreliable teammate doesn’t make for a reassuring season. When you’re under pressure and performance is crucial, you do not want to be questioning whether they will be there fighting for you. Commitment is crucial for a team’s failure or success.

“Years ago, a friend of mine attended the Virginia Military Institute, known for its rugged physical, mental, and emotional training. He told me that all the incoming freshmen separated into companies. One of their training obstacles is to race up House Mountain, which is very steep and more than a challenge. The motivation for climbing: If you finish last, you run again. Not you, but your whole company! This makes for team commitment. If a person in your company twists an ankle or breaks a leg, other members of his company carry him! It is not enough to be the first man on top of the mountain; everyone on the team has to make it. “

When teammates are falling behind, you carry them the rest of the way for the sake of your team. It isn’t you against the competition; it is giving your full effort so that the team can compete at full potential.

If you want your teammates to have confidence in you, where they know you will be there no matter what, then you must be consistent.

Last, but certainly not least, is the importance of cohesion. Cohesion is the ability to stay strong together no matter how challenging the circumstances get. Cohesion means that each individual takes pride in the ability of the group to function at a higher level than possible for the sake of each person on the team.

At the end of the day, accountability is the ability to place trust in your teammates, no matter what the outcome. When the chips are down, you can turn to your teammates.

Michael Jordan is a former professional basketball player, entrepreneur, and principal owner and chairman of the Charlotte Hornets. Jordan attended The University of North Carolina-Chapel Hill, where he played three years of basketball and was a member of the Tar Heels’ National Championship team in 1982. He went pro playing for the Chicago Bulls and the Washington Wizards. He is a two-time inductee into the Basketball Hall of Fame.

Gary Pinkel on Google Plus Hangouts
Scroll to top