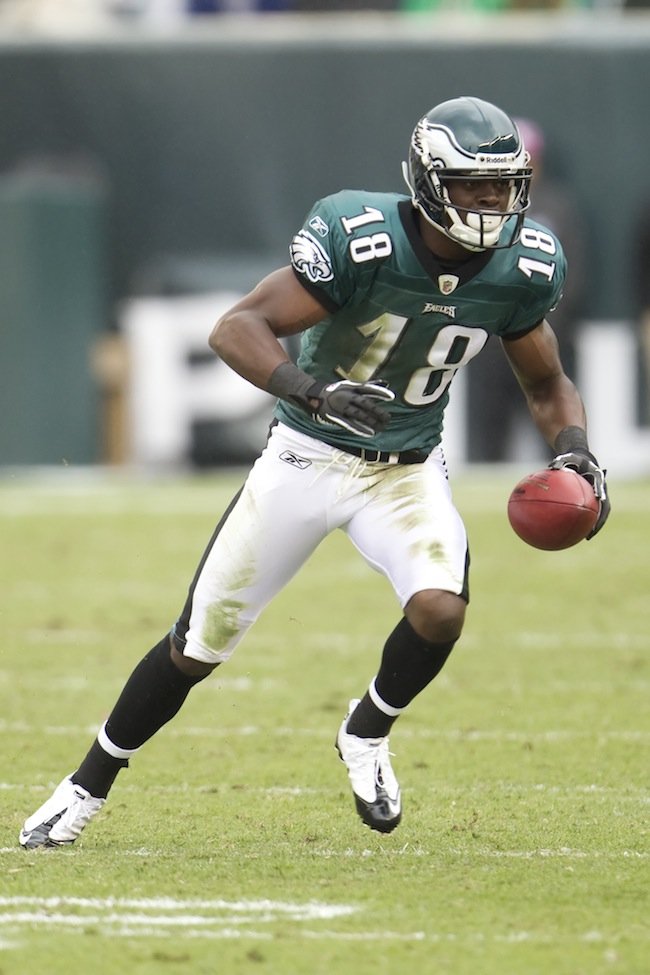 Former Mizzou receiver and current Philadelphia Eagle Jeremy Maclin was in attendance at the men’s basketball game against Vanderbilt on Wednesday.

Maclin sat out last season with a torn ACL, but he said his recovery is going well and he’s looking forward to getting back on the field for the 2014 season. What uniform he will wear is unclear, however, as Maclin will officially become a free agent on March 11.

The former All-American hails from just down the highway in Kirkwood, Mo., and had the option of going to virtually any school in the nation. Mizzou’s family environment is the reason why he chose to stay close to home.

“One thing that Mizzou always did was make me feel at home,” Maclin said. “I couldn’t have made a better decision. I think this is one of the best decisions I’ve ever made in my life, and if I could do it all over again, I’d make the same decision and relive it. This is definitely a great place, and for anybody who’s coming up looking for a place to go, it doesn’t get any better than this.”

Another thing that makes Mizzou great, according to Maclin, is the player development, and the number of players that the program puts in the NFL. Currently, there are 25 former Tigers suiting up on Sundays.

To hear the rest of Maclin’s interview, click the play button above.

No Excuses in Mizzou Football
Scroll to top