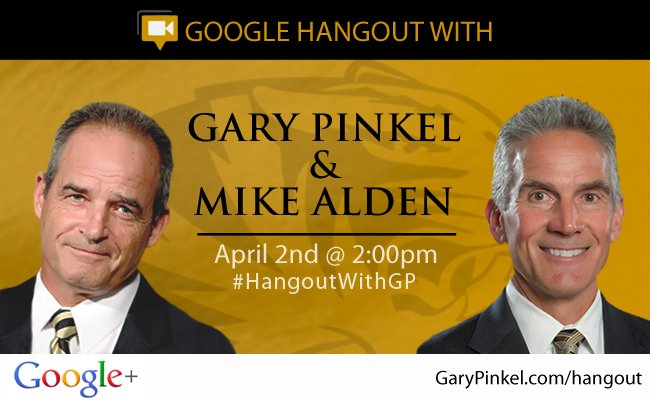 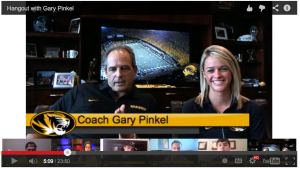 MU Director of Athletics Mike Alden will join Pinkel on the hangout for the first time, and the duo will interact with fans and talk about Mizzou’s historic 2013 season, as well as look ahead to the 2014 Black & Gold Spring Game on April 19, in addition to chatting about other pertinent topics surrounding Mizzou Football and Tiger Athletics.

While on the Google+ Hangout, Alden will make a special announcement regarding ongoing renovations at Mizzou’s Memorial Stadium.

To view the Hangout, go to gpmade.org and follow the prompts.  If fans would like to get involved in the discussion, send questions on Twitter using the hashtag #HangoutWithGP. For fans who miss the live hangout, an archived copy of the footage will be available for viewing later in the day at GaryPinkel.com/Hangout.

Winning On and Off the Scoreboard
Scroll to top