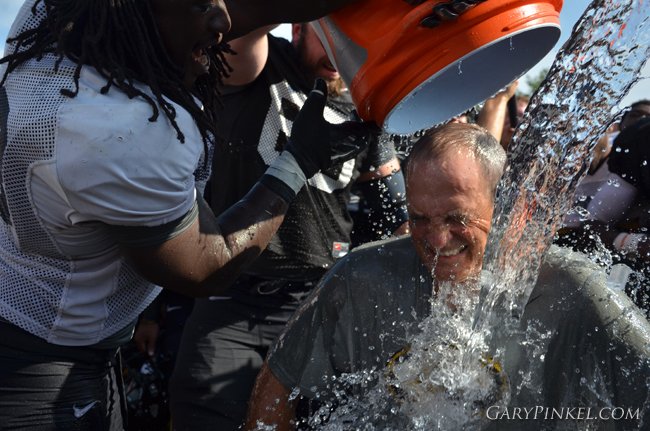 The way the ALS #IceBucketChallenge works is simple. An individual who has been challenged has two options: Donate $100 to ALS or make a video of himself or herself being drenched with a bucket of ice water and donate only $10.. However, before they get soaked, they state that they have been challenged in order to spread awareness of ALS, and then they nominate three more people to the challenge. Those three people have 24 hours to make a video of their own doing the same ice water/nomination process. If that individual does not complete the challenge within the 24-hour window, they are asked to donate money to the ALS Association. The ALS Association has added the hash tag for participants to use when they post their videos to social media in order to spread the media phenomenon as far as humanly possible.

The #IceBucketChallenge has made top trends on Facebook, Twitter, Instagram and YouTube. This social media awareness tool has grabbed mass media attention and all for a good cause. It has been featured on news networks and talk shows around the country, and now Mizzou tight end Sean Culkin challenged Coach Gary Pinkel.

Before Coach Pinkel nominated three more people to the #IceBucketChallenge, he communicated to the media, coaches and players present about how devastating and personal ALS is to him and families around the world.

After he declared his three nominees, Coach Pinkel was drenched with not one, but two buckets of ice cold water, courtesy of his Mizzou Tiger team captains. He took the chill like a champ. Now the clock is ticking on Truman the Tiger, Chancellor Loftin and John Anderson’s 24 hours to complete the ALS Ice Bucket Challenge.