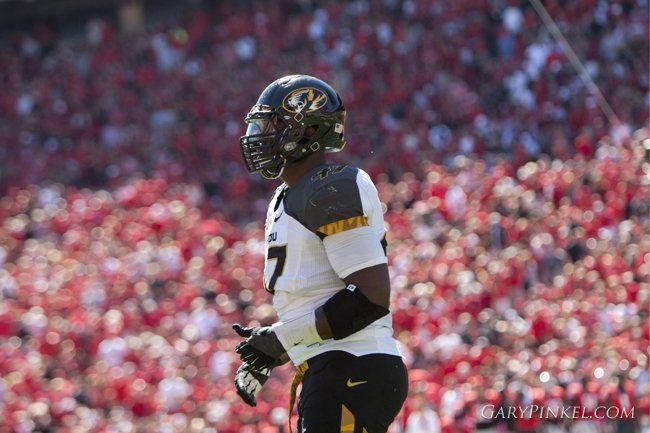 Kris Budden of Fox Sports 1 produced a touching feature on Kony Ealy, his upbringing, and his relationship with his sister Sierra.

Sierra was born with a chromosomal condition that impairs her speech and physical abilities.

“Her bone structure is a little bit different, her speech is a little off, she can’t go far distances, but she’s very intelligent.” Ealy said.

Kony and Sierra grew up in the southern part of St. Louis in a neighborhood engulfed by violence. A lot of Ealy’s friends gave in to the streets, and as a result, many were killed or went to prison. But Ealy’s father Willie did his best to keep his son away from it, and eventually he moved the family to the small town of New Madrid, Mo.

With the troubles of St. Louis behind him, Kony began to excel at athletics, and that’s when he learned that he wasn’t responsible for just his future, but his sister’s as well.

“I would tell him, I said, ‘Son, your daddy is up in age, and one of these days I’m going to be gone,’” Willie said. “And you’re going to have to take care of her.” 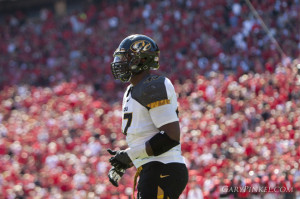 During his sophomore year at New Madrid County Central High School, Ealy started to receive a lot of attention from Division I schools. At that point, he realized football was more than just a game; it was something he could use to provide for Sierra and his family.

And that was the main factor that that influenced the 6-foot-5 defensive end to declare for the 2014 NFL Draft.

“She was the main reason I decided to come out,” Ealy said. “I just want to better her comfort and provide for her no matter what I do. Obviously football is going to give me a great opportunity to do that.”

Follow Kony Ealy and GaryPinkel.com for continuing coverage of the 2014 NFL Draft and find out what’s next for Ealy.