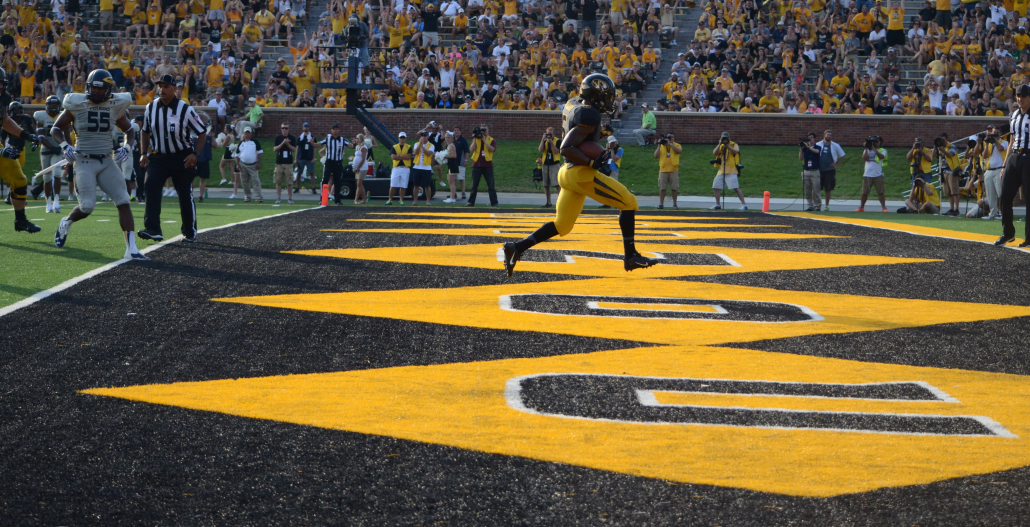 Each year the media takes a look at the SEC and formulates a preseason team of players who they believe will have the most impact on the conference for the upcoming season. This year’s edition of the Preseason All-SEC Team features four Mizzou players: senior defensive end Markus Golden, junior center Evan Boehm, junior place kicker Andrew Baggett, and senior tailback Marcus Murphy.

Golden, a St. Louis native, was voted to the second team, in part due to the 6.5 sacks and 13 tackles for loss that he racked up during the team’s SEC Eastern Division title run, despite only playing 40 percent of the team’s defensive snaps. He also led the team with 55 tackles.

Boehm, who hails from Lee’s Summit, Mo., was picked for the third team. He has started 26 consecutive games on the offensive line for Mizzou and was crucial to the team’s 237.9 rushing yards per game last season, good for second in the conference.

Baggett, also from Lee’s Summit and selected to the third team, led the team in points last season with 120 and made four straight kicks to cap off Mizzou’s spectacular season, two each in the SEC Championship and the Cotton Bowl.

Murphy, who joined the team all the way from DeSoto, Texas, was also named to the third team. He has been is a versatile TD producer all throughout his career, having scored on the ground 12 times, through the air once, and four times on kickoffs and punt returns. He ranks 8th all-time on Mizzou’s all-purpose yards list entering his senior season, with just under 3,200.

The team’s season will commence on August 30 versus the South Dakota State Jackrabbits, a matchup that will be nationally televised on ESPNU.