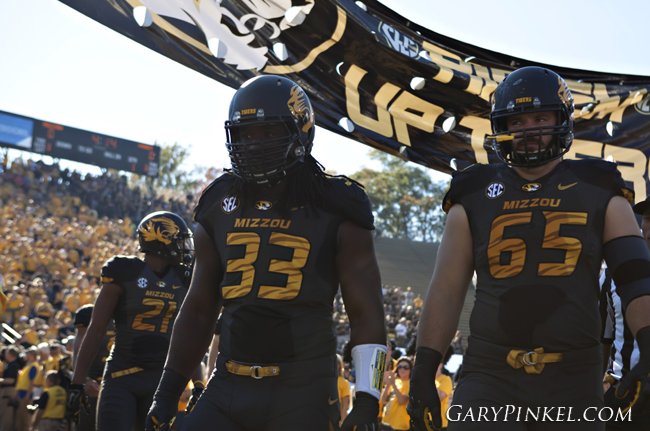 Four Mizzou Made stars are headed to the NFL Scouting Combine.

Ray finished his career at Mizzou with a record-breaking junior season. He posted a school-record 14.5 sacks en route to SEC Defensive Player of the Year, first-team All-SEC, and All-American honors. ESPN draft expert Todd McShay currently projects Ray to be the No. 5 overall pick and called him “a terror off the edge.”

Opposite Ray, Golden was also a dominating force in 2014. The senior posted 10 sacks and earned second-team All-SEC honors. He also posted nine tackles and 1.5 sacks and earned MVP honors in the Tigers’ 33-17 win over Minnesota in the Citrus Bowl.

Murphy was an instrumental piece of the Tiger offense and special teams in 2014. Murphy rushed for 924 yards on 177 attempts (5.2 yards per carry) and four touchdowns and caught 28 passes for 212 yards and two touchdowns. He also returned two kickoffs and a punt for a score. Murphy, who earned first-team All-SEC honors, finished the season as the SEC’s leader in all-purpose yards.

Morse earned second-team All-SEC honors as an anchor on the Tigers’ offensive line.