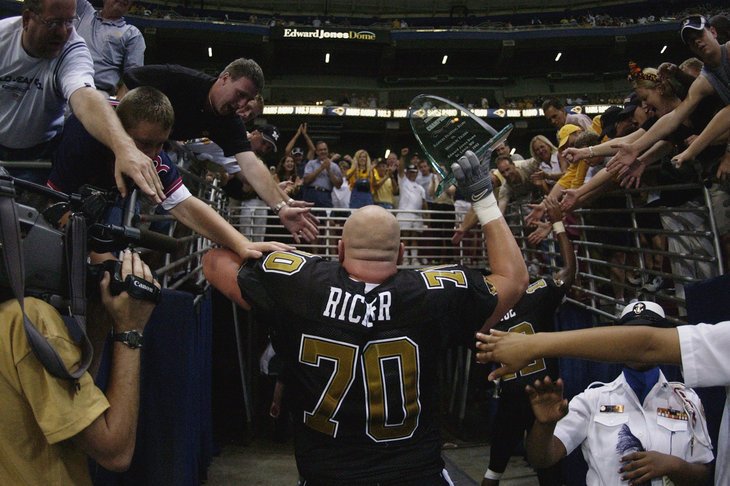 “We’re really excited to have A.J. join our staff,” Pinkel said. “When we had this opportunity, we wanted to bring a young coach in who had experience, and A.J. fits that perfectly. He understands our system, he loves Mizzou and he can’t wait to get started.”

Ricker played for the Tigers from 2000-2003 and served as captain for two years. Throughout his college career he started 47 consecutive games as a center. This streak began Mizzou’s record for most games started in a row at any position. He now stands fifth overall in the team’s consecutive start chart and second among centers. During his senior season he was a 1st-Team All-Big 12 center as part of Mizzou’s first bowl-eligible team since 1998.

Ricker is only the second former football Tiger to rejoin the team as a full-time assistant coach. The other is Matt Eberflus, who coached at Mizzou from 2001-2008.

“That’s a neat thing for me personally,” Pinkel said. “It’s kind of an honor for one of your former guys to want to teach the same game you helped him to learn.“

Ricker is thrilled to be back coaching at his alma mater, although he’s not letting any nostalgia disrupt his focus on coaching.

“Obviously, coming home is a big deal to me,” Ricker said. “But I want people to know that’s the not the important thing, I’m coming here to do a job to teach the game and do it at a really high level.  My biggest focus is to get there and take what I’ve learned at all my different stops, roll my sleeves up and get to work to help us win a lot of ballgames.”

After graduating from the University of Missouri in 2004 with a degree in agriculture, Ricker signed a free agent contract with the Chicago Bears. He then played for the Arena Football League’s Tampa Bay Storm in 2006 and 2007 before he retired from playing.

Ricker was born in Windsor, Mo., and graduated high school in Klein, Texas. He and his wife, Lauren, have an infant son named Andrew.

The Importance of Integrity
Scroll to top