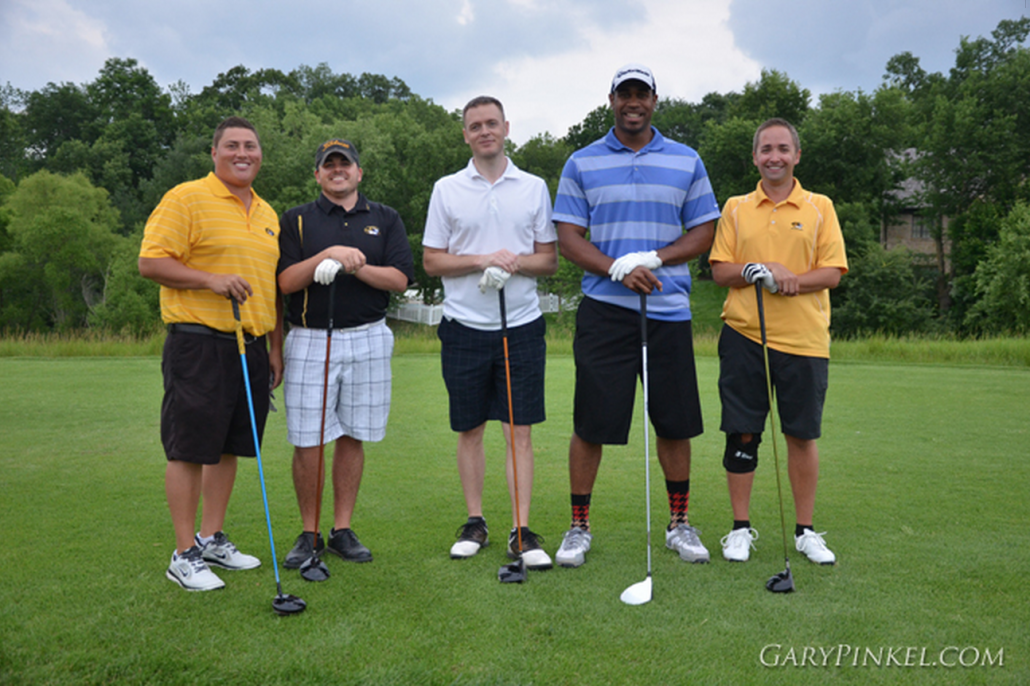 The latest event for Mizzou Football found them heading west to the Missouri border for the 2014 Tiger Club Golf Tournament.

Though it rained on June 9, the day of the newly formatted Kansas City tournament was a successful one nonetheless. Hosted by Tiffany Greens Golf Club, plenty of Mizzou Made players were on hand to support the team, including the likes of Kansas City backup quarterback Chase Daniel, free agent tight end Chase Coffman, and free agent tight end Martin Rucker. All of these players teamed up with local golfers as they squared off against each other for an afternoon of fun.

Some of the Mizzou Football coaching staff was on hand for the 18-hole extravaganza, and Assistant Coach Alex Grinch’s team took won the tournament. Two divisions were in place this year, and those winners will move on to the Acura College Alumni Team Championship later this fall at Pinehurst Resort in North Carolina, the site of this year’s US Open for both the PGA and the LPGA.