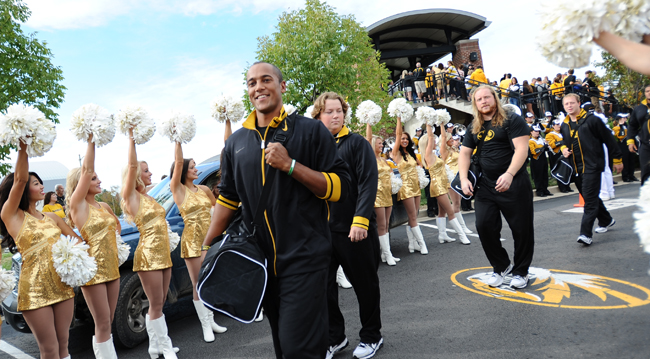 COLUMBIA, Mo. – The 2013 season opener for the University of Missouri football program, to be held Saturday, August 31st against Murray State, will kick off at 6 p.m. (central) at Faurot Field/Memorial Stadium.

Television information is being finalized, and will be announced as soon as possible.

Mizzou now knows the kick times for its first two home games on the season. In addition to the season opener, the Sept. 7th home game against Toledo has been set for a 2:30 p.m. (central) kickoff. All other home dates (Sept. 28th vs. Arkansas State; Oct. 19th vs. Florida; Oct. 26th vs. South Carolina; Nov. 2nd vs. Tennessee and Nov. 30th vs. Texas A&M) will have kick times established by the Southeastern Conference television partners two weeks in advance of each game.

For information on tickets for the 2013 season, please contact the Mizzou Athletic Ticket Office at 1-800-CAT-PAWS (884-PAWS locally), or visit them online at www.MUTigers.com.