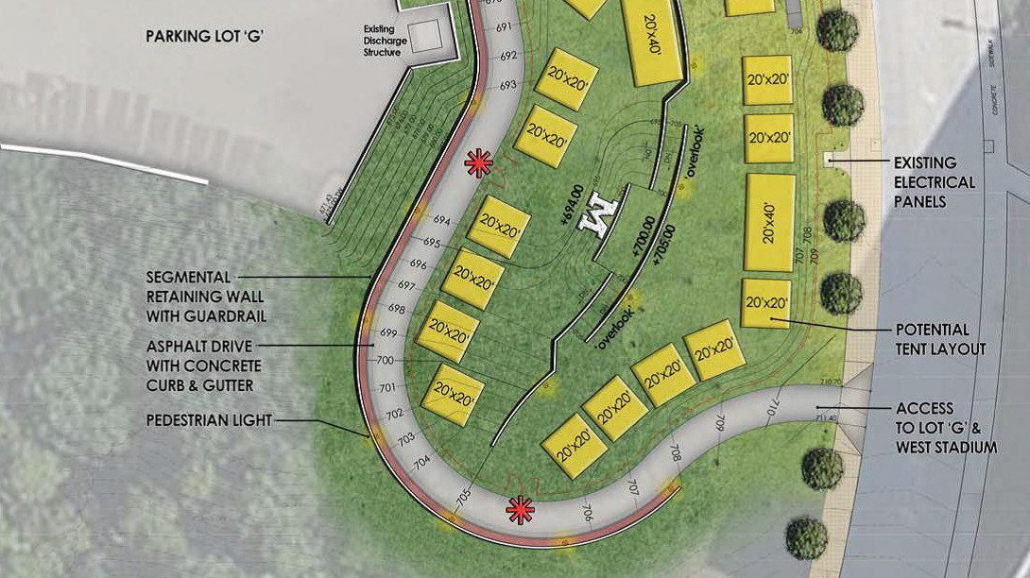 The east side expansion at The Zou is well on its way to giving fans a brand-new upper deck, club area, and tailgating zone. The additional 4,200 seats will allow Mizzou fans to see the action from the highest altitude ever.

Last month, Mizzou Football asked the fans for help naming the three new additions to Faurot Field. After serious deliberation, the results are:

The winner of two free season tickets for the Tiger Deck was Jennifer Workes of St. Louis.

Fans can check out the all-new east side for the first time on August 30, when the Tigers will play host to the South Dakota State Jackrabbits.

Mizzou Made Jeremy Maclin To Put On ‘JMac’s Back to School Pack...
Scroll to top