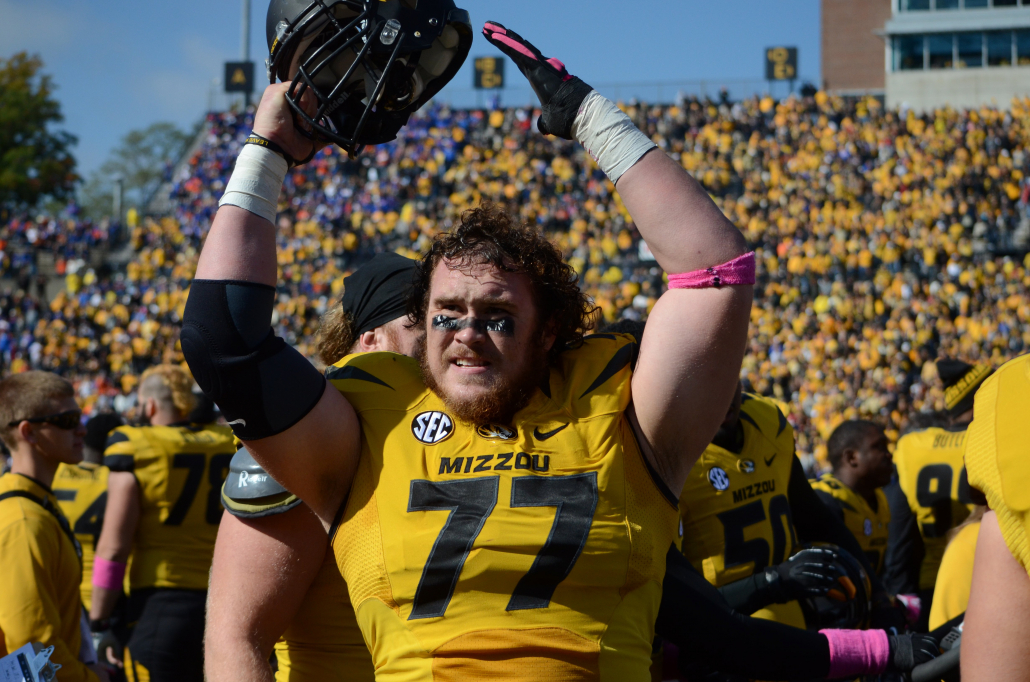 University of Missouri center Evan Boehm has been named to the 2014 Rimington Trophy Spring Watch List. The list includes 64 of the best centers in Division I football that are expected to play well during the 2014-2015 season. One athlete will be chosen as the winner and recognized next January.

Boehm is a junior from Lee’s Summit, Mo. He has become a leader on the offensive line after transitioning from left guard during his first season to center in his sophomore season. In the 2012 season, he earned the Team Freshman of the Year award and the first and second Team Freshman All-American awards from College Football News and Fox Sports. This is not Boehm’s first time making the Rimington watch list; he was also on the 2013 spring and fall lists.

Three prestigious groups will vote on the trophy winner: the Walter Camp Foundation, Sporting News and the Football Writers Association of America. This individual will be honored at the Rimington Trophy Presentation at the Rococo Theatre in Lincoln, Neb. on Saturday, January 17, 2015.

The Rimington Trophy, named for Dave Rimington, is presented annually to the Most Outstanding Center in NCAA Division I-A College Football. Rimington was a consensus first-team All-America center at the University of Nebraska in 1981 and 1982, where he became the John Outland Trophy’s only double winner as the nation’s finest college interior lineman.