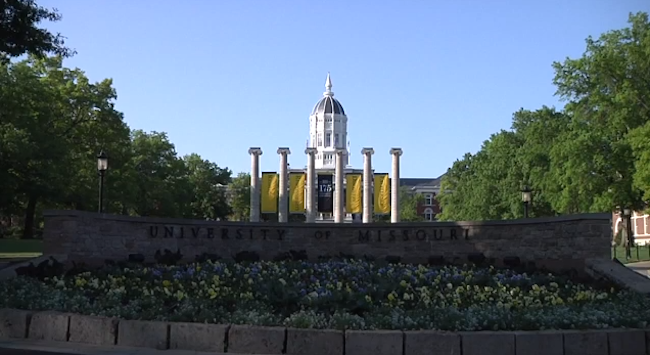 Mizzou Athletics is an integral aspect of life in Columbia, Mo. On football game days, the town shuts down, and its residents come together as one to cheer the Tigers to victory. Student-athletes and coaches show their appreciation for Mizzou Nation by reading to school children, visiting local hospitals, and appearing and speaking at special events.

The impact that Mizzou has on the spirit of Columbia is readily apparent, but what might get unnoticed is the impact that the Department of Intercollegiate Athletics has on the local economy.

A group of Mizzou MBA students conducted a study to determine exactly how much money Mizzou Athletics generates for the city of Columbia and found that the total economic impact came to a robust $247,160,770 in the 2013 fiscal year. Their findings were presented Friday in a press conference held at the Columbia Chamber of Commerce.

These numbers represent additional local expenditures that would not have otherwise existed.  This includes salaries, purchases from local businesses, and student tuition.  The MBA students stated in their presentation that their study shows sporting events not only generate local expenditures, but also create new jobs and economic opportunities throughout the city of Columbia.

The study, which acquired data from the Mizzou Athletic Department, J.E. Dunn Construction and numerous subcontractors, local businesses, and the Columbia Regional Airport, was commissioned by the Chamber and the Columbia Convention and Visitor’s Bureau.

Mizzou Defeats UCF 38-10 at The ZOU
Scroll to top