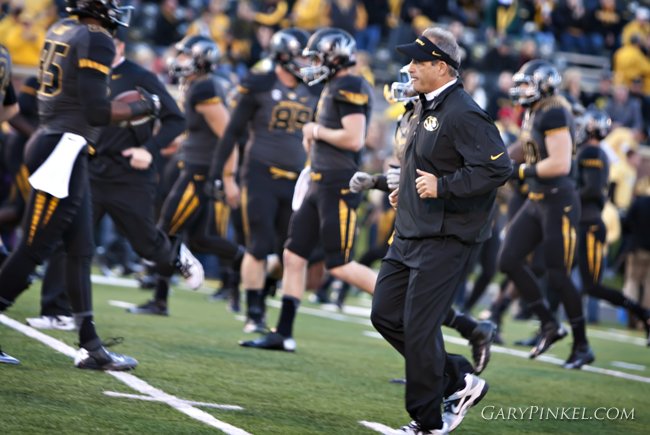 “Pray for a good harvest, but keep on plowing,” – Anonymous

Any average Joe can open a dictionary, sweep through its pages, and find the definition of “persistence.” But there is more meaning to the term than a dictionary can give you.

“Persistence” is one of Mizzou Football’s most definitive words. It is the extra effort that separates the exceptional from the average.

Below is the complete explanation of what persistence means to the Missouri Football program. This not only defines the word, but it also offers the success of its application in your life.

DEFINTION
Mis•sour•i [mi-zoo r-ee, -zoo r-uh] per•sist•ence [per-sis-tuh ns, -zis-]
noun
1. The power to hold on in spite of everything
: The power to endure – the winner’s quality.
2. The ability to face defeat again and again without giving up
: To push on in the face of great difficulty, knowing victory can be yours.
3. Taking pains to overcome every obstacle
: To do what is necessary to reach your goals to win.

APPLICATION
It can be difficult to be persistent when sportswriters and interviewers focus simply on whether you won or lost. You’re either a good guy or a bad guy, but that is what persistence is about.

Persistence takes the focus away from the performance and puts it on the process. If a play or decision didn’t work, you are NOT a failure. Bad things happening do NOT make you a failure. They were simply events, NOT reflections on you as a person. Everything that happens—good and bad—should motivate you to be persistent. Persistence isn’t just what we do; it’s a part of who we are. If we’re this type of person, it doesn’t matter what the score is, what our record is, or what obstacles are in front of us. We’re living a lifestyle that says, “We’re not giving up.” We have a plan, and we’re going to persist. Period.

ORIGIN
1890.: from the original impression of persistence in Mizzou Football dating back to its beginnings. From the verb persister, which is influenced by Coach Gary Pinkel and the rest of Mizzou Football staff.