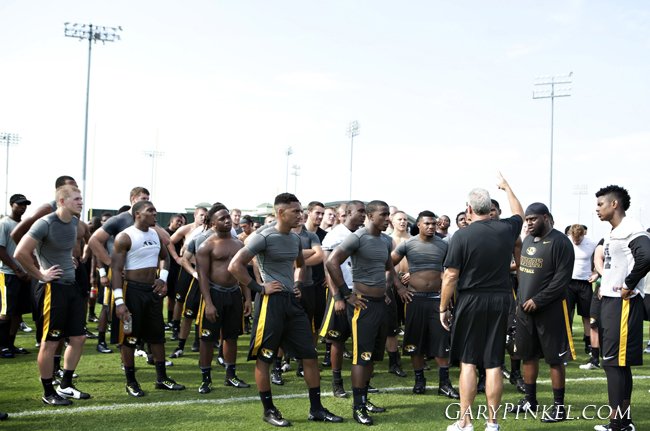 Mizzou Football defensive coordinator Dave Steckel has been named a finalist for the 2014 Broyles Award.

The award was established in 1996 to recognize the nation’s best assistant coach. With the Mizzou Football defense holding their opponents to the 13th least points total in the nation, Steckel’s efforts are being recognized with the nod.

Steckel joined Mizzou Football with Head Coach Gary Pinkel in 2001 to coach the linebackers. He has led the defense as coordinator since 2009.

The winner of the 2014 Broyles Award will be announced on Tuesday, December 9 at 11:30 a.m. CT in Little Rock, Arkansas.

Steckel and his Mizzou Football defense will play Alabama in the SEC championship game in Atlanta on Saturday at 3 p.m. CT. The game will be aired on CBS. Mizzou Football posts live updates on Twitter, Instagram, and Facebook throughout the games, and fans can also listen in via Tiger Network radio affiliates.

No Excuses
Scroll to top