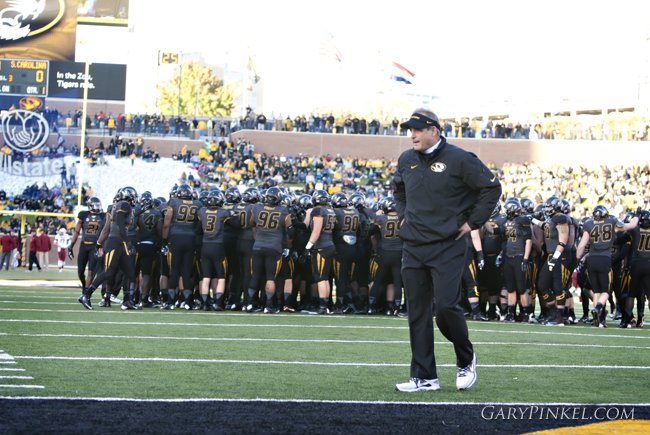 Head Coach Gary Pinkel and the University of Missouri have agreed on a contract extension that will keep him at the helm of the Mizzou football program through 2020.

The extension will increase his guaranteed salary from $2.8 million to $3.1 million, with the potential to earn up to $1.825 million in additional incentives.

Pinkel is the winningest coach in Mizzou history, racking up 102 wins so far in his 13 seasons in Columbia. Since 2007, Mizzou is the only program in the nation to rank in the top 10 in wins, while also ranking in the top five in both Academic Progress Rate and first-round NFL draft picks.

“It is important for us to be able to recognize what Gary and his staff have achieved for the University of Missouri,” Director of Athletics Mike Alden said.  “We’re very grateful to the Board of Curators and University leadership for their support of our program, which is among the best in the nation both academically and competitively,” he said.

Mizzou led the SEC in APR in 2013, and an incredible 98 percent of players who have exhausted their eligibility since 2008 have gone on to earn their degrees from MU.

“I’m very honored and proud to be the coach at Mizzou, and I appreciate the opportunity,” Pinkel said. “We will work very hard to continue to build our program and to graduate our players. It’s important for our program to keep moving forward and build on a solid foundation.”