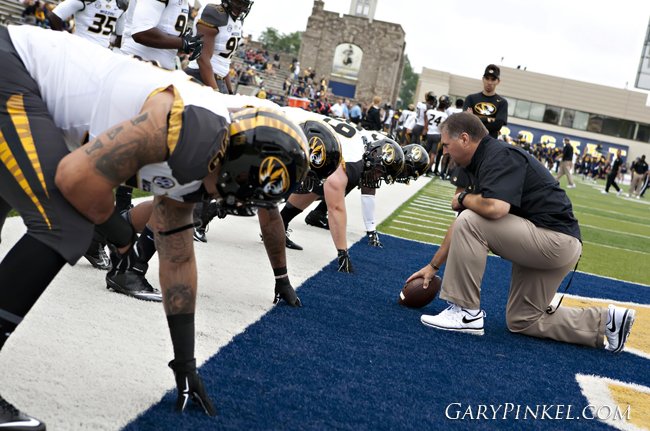 Mizzou defensive line coach Craig Kuligowski is among five finalists for the 2014 Defensive Line Coach of the Year award.

Kuligowski has done an outstanding job in helping Mizzou Football develop the premier defensive line in college football this season. Under Kuligowski’s tutelage, defensive ends Shane Ray and Markus Golden have combined for a whopping 20.5 sacks and 36.5 tackles for a loss this season. Ray was named SEC Defensive Player of the Year on December 9 by the Associated Press and to the First-Team All-SEC, making him the second-straight Mizzou defensive end to win SEC Defensive Player of the Year honors. Golden and defensive tackle Harold Brantley were named All-SEC honorable mentions.

Kuligowski was a four-year standout offensive tackle from 1987-1990 at Toledo, where Pinkel coached from 1991-2000. Kuligowski was named First-Team All-MAC for two straight years and led Toledo to a MAC title his senior year.

The winner will be announced at the American Football Coaches Association’s annual convention in January in Louisville, Kentucky.