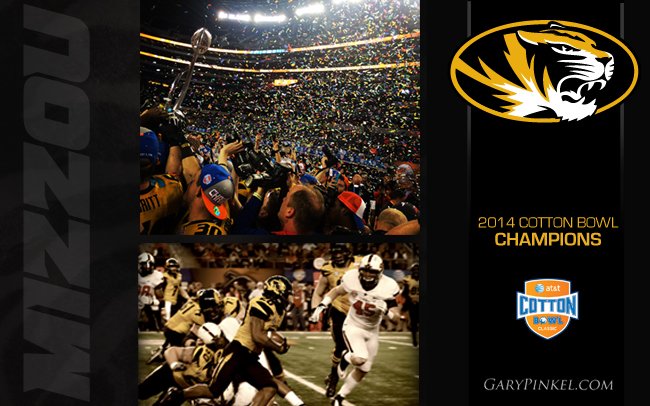 If ever there was a reason to celebrate, it would be winning the game that made you all-time leader in coaching victories at the University of Missouri. Head Coach Gary Pinkel passed the great Mizzou Football coach and College Football Hall of Fame member Don Faurot with Mizzou’s Cotton Bowl victory over Oklahoma State on January 3, 2014.

Just when you thought you’d seen everything from Pinkel’s bag, he pulls out his dancing skills. Seen here, the Mizzou Football Family celebrates with him with chants of “G.P., G.P.!”