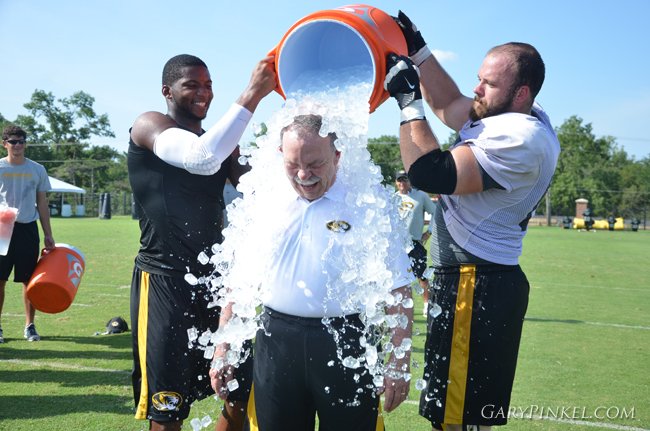 University of Missouri Chancellor R. Bowen Loftin accepted Mizzou football Head Coach Gary Pinkel’s nomination to complete the ALS Ice Bucket Challenge. In the video, Loftin is doused with a bucket of ice water. He then leads a huddle and cheer by saying, “Battle tested” while the rest of the Mizzou football team responds, “War ready.”

The ALS Ice Bucket challenge has recently swept the nation through social media to raise awareness for the disease amyotrophic lateral sclerosis (ALS). Participants are nominated and then have 24 hours to complete the challenge. They can either post a video of themselves being drenched in ice water and donate $10, or they can skip the bucket of freezing water and donate $100. After the challenge is completed, the participant nominates three other people.