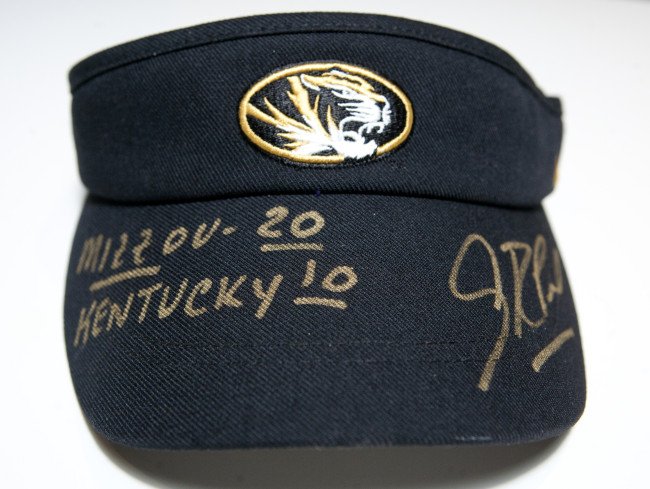 Mizzou Football Head Coach Gary Pinkel is auctioning off his Mizzou visor to raise money for a local 4-year-old. The Nike visor was worn and autographed after Mizzou’s November 1 win over the Kentucky Wildcats.

Pinkel plans to auction off his visor for a local charity after every home victory in The ZOU. This week’s auction will benefit Bryson Smith. Bryson is a local 4-year-old who was recently diagnosed with an inoperable brain tumor. Doctors have given Bryson a prognosis of six months to a year. His mother, Lily, is a single mom who will be unable to work while spending time with and caring for Bryson. The proceeds from the visor auction, as well as $1,000 from Coach Pinkel, will go toward helping Bryson and Lily.