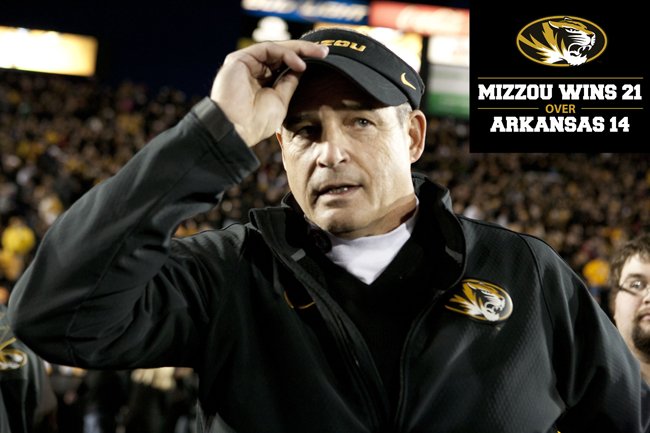 Mizzou Football Head Coach Gary Pinkel is auctioning off his Nike visor to benefit the Boys and Girls Club of Columbia. The Mizzou visor was worn and autographed immediately following the inaugural Battle Line Rivalry game on November 28, during which Mizzou clinched the SEC East for the second straight year with a 21-14 win over Arkansas.

The Boys and Girls Club of Columbia offers a safe haven for local children to come after school and during the summer, where they can participate in a number of programs, clubs, and activities. It offers a summer school curriculum and mentoring program to help local children succeed in school, as well as sports and fitness programs, financial education, career development, and character and leadership development.  The proceeds from the visor auction, as well as $1,000 from Coach Pinkel, will go toward helping the Boys and Girls Club provide local children with great opportunities.

The visor is up for auction on eBay from now until 5 p.m. on December 6. The visor will ship anywhere in the United States from Columbia, Missouri, after payment is received via eBay.