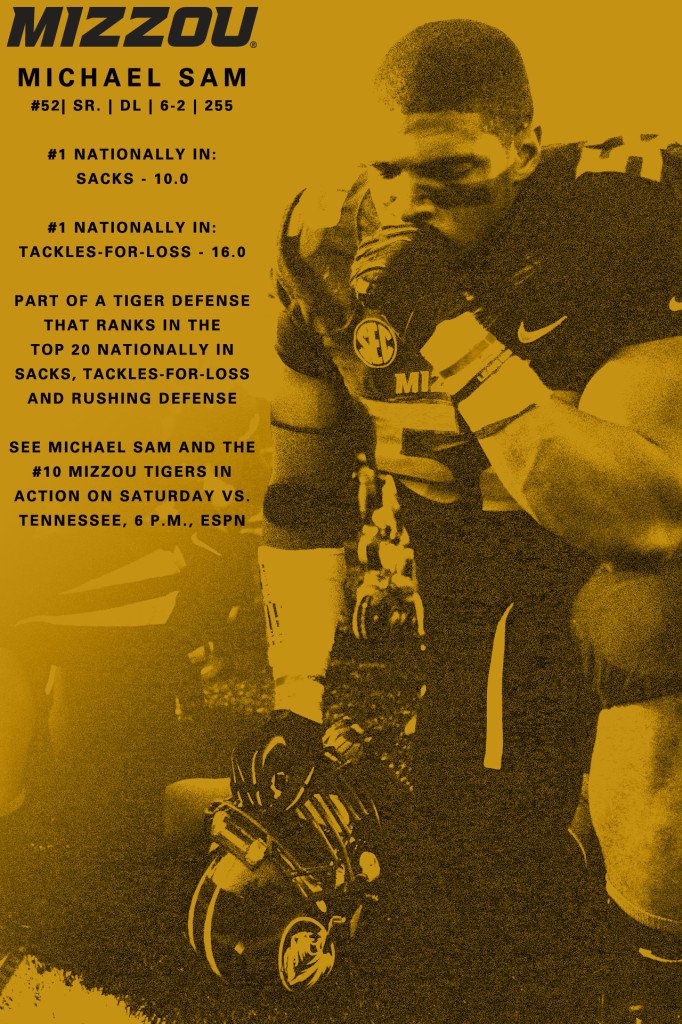 Mizzou senior defensive end Michael Sam has been thrilling Mizzou fans this season with his phenomenal play. He’s caught the attention of fans, as well as opposing offenses as they try to plan on how to handle such a quick player.

You can now add the prestigious Maxwell Club to the list of people who have taken notice, as Sam was announced as a semifinalist today for the 19th Chuck Bednarik Award, honoring college football’s best defensive player.

Sam has exploded to amass 10 sacks on the season to lead both the SEC and the FBS. He is also the national leader in tackles-for-loss with 16. In addition to these respectable numbers, it is worth noting that of the 23 times this season that a player in FBS football has gotten three sacks or more, Sam is responsible for three of those stat lines single-handedly.

The semi-finalists will compete until November 25, when three are picked from the group of 16 as finalists. The award winner will be announced on December 12 on ESPN.

Sam will be in action this Saturday as the Tigers take on Tennessee at the ZOU on ESPN at 6:00pm CST.