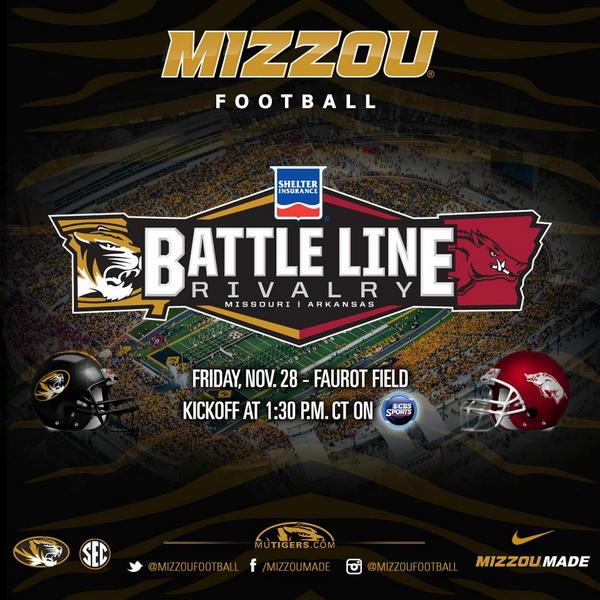 On Friday, November 28, Mizzou Football will square off against Arkansas in the inaugural Battle Line Rivalry game. The matchup, which pits the SEC’s Eastern Division against the Western Division, will mark the first conference meeting between the two schools.

“We are pleased for Mizzou’s fans to have the chance to embrace this annual rivalry game with Arkansas,” said Mike Alden, Director of Mizzou Athletics. “The Battle Line Rivalry really brings together two outstanding athletic departments and fan bases for an excellent matchup.”

The annual Battle Line Rivalry will continue to take place each Thanksgiving weekend as each team plays for the right to stake claim to the states’ border until the following year’s matchup.

Kickoff is set for 1:30 p.m. CT in The ZOU. Fans can follow Mizzou Football on Twitter, Instagram, and Facebook and listen in via Tiger Network radio affiliates for updates throughout the games. The Battle Line Rivalry will be broadcast on CBS.