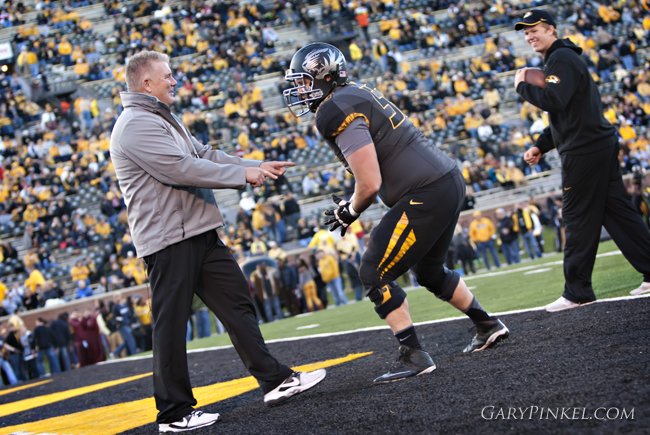 “In this business everybody has a time when they need to hang it up, and it’s my time. I’m very proud to have been a part of 102 wins here and all that we’ve achieved, and I’m proud of the legacy I leave behind with all the players I’ve touched over a 26-year career. Mizzou has been a special place for me, I’ve loved my time here and I’ll always be Tiger. I’ve had a great run and now it’s time to go be with my family and do other things. Coaches don’t often get to go out on their own terms, so I’m grateful that I have the opportunity to do it my way.” 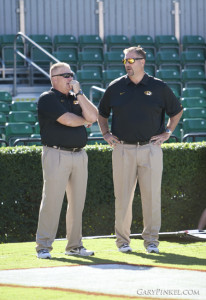 Walker was also instrumental in Justin Britt earning 1st-Team All-Southeastern Conference honors and his eventual selection in the second round of the 2013 NFL Draft.

Head Coach Gary Pinkel, who also worked with Walker from 1996-2000 at Toledo, said that Walker’s absence would be felt throughout the Mizzou Football program.

“Bruce informed me last night that he feels the time is right for him to step away from coaching. Bruce has been a very important part of our success here at Mizzou, and I’m very grateful to him and his family for all of the sacrifices they have made to help our program succeed,” Pinkel said. “We’re going to miss him, no question, and we wish him nothing but the best. Exactly what steps we take here to fill this spot, it’s too soon to know, but we’ll get to work on that right away.”

Walker will move to Washington to spend time with his family.