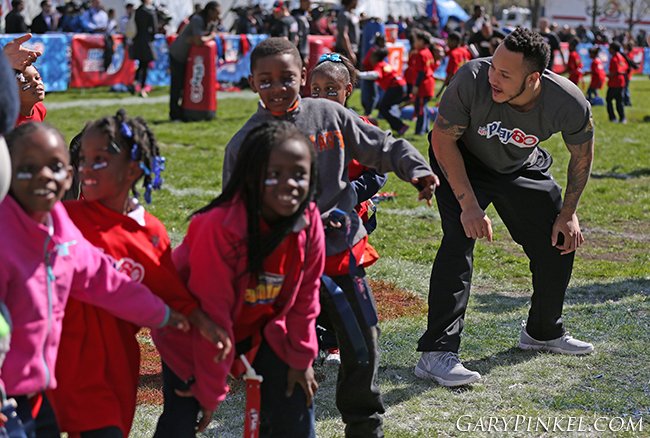 2015 NFL Draft prospects participated in a NFL Play 60 Event in Chicago on Wednesday, April 29, 2015. Play 60, founded in 2007, is an NFL initiative that encourages kids to play for 60 minutes every day to tackle childhood obesity and encourage an active and healthy generation.

Mizzou Made defensive lineman Shane Ray was among the prospects that came out and played 60 minutes of football on Wednesday.

“To be able to come out here and play with all these kids and see the bright smiling faces, it’s awesome” Ray said. “If we could get something like Play 60 in all the inner-cities somewhere I feel like it would be such a great thing.”

Ray also said the opportunity was great for the athletes as well as the kids to be a part of the NFL’s Play 60 event at the NFL Draft. Ray is in Chicago for the NFL Draft, which begins Thursday, April 30 at 7 p.m.