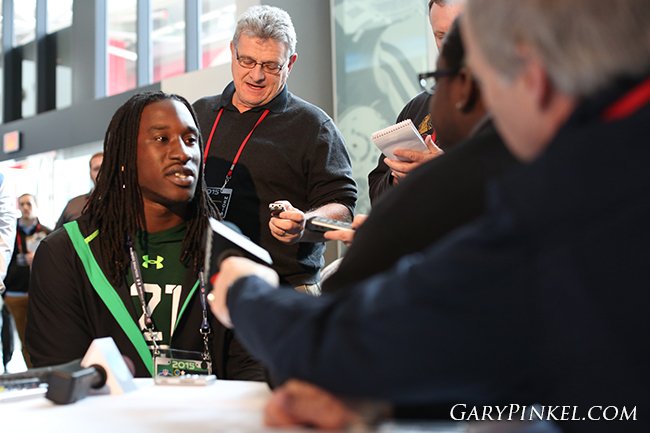 class=”p1″>Mizzou Made defensive end Markus Golden is ready to carry on the D-Line Zou tradition at the NFL level.

Golden is currently in Indianapolis for the NFL Scouting Combine and says it means a lot to him be the next Mizzou Made defensive lineman in the professional ranks.

“I’m going to make sure I carry [the D-Line Zou tradition] in the right way, in a professional way, and make sure I go to the NFL to compete,” Golden said.

Golden earned 2015 Citrus Bowl MVP honors and posted 10 sacks and 20 tackles for a loss during the 2014 regular season.

Golden says the “strong mindset” he developed at Mizzou has helped him get ready for this weekend.

“I always think back to all the things I learned at Mizzou and it’s helping me still to this day, “ Golden said. “ I’ll be keeping Mizzou in my heart forever. “

Golden added that his Mizzou coaches, specifically defensive line coach Craig Kuligowski, have helped become the player he is.

“I learned a lot from all the coaches, but Coach Kul helped me out a lot as a defensive lineman and it was a blessing to be a part of the D-Line Zou and especially the Mizzou family,” he said.

Mizzou’s combine participants are the latest in a long string of Mizzou Made stars seeking a spot in the NFL, ranking Mizzou in the top five nationwide of first-round picks since 2009. Follow @GaryPinkel and @MizzouFootball on Twitter and Facebook for updates throughout the week on Mizzou Made athletes at the combine.