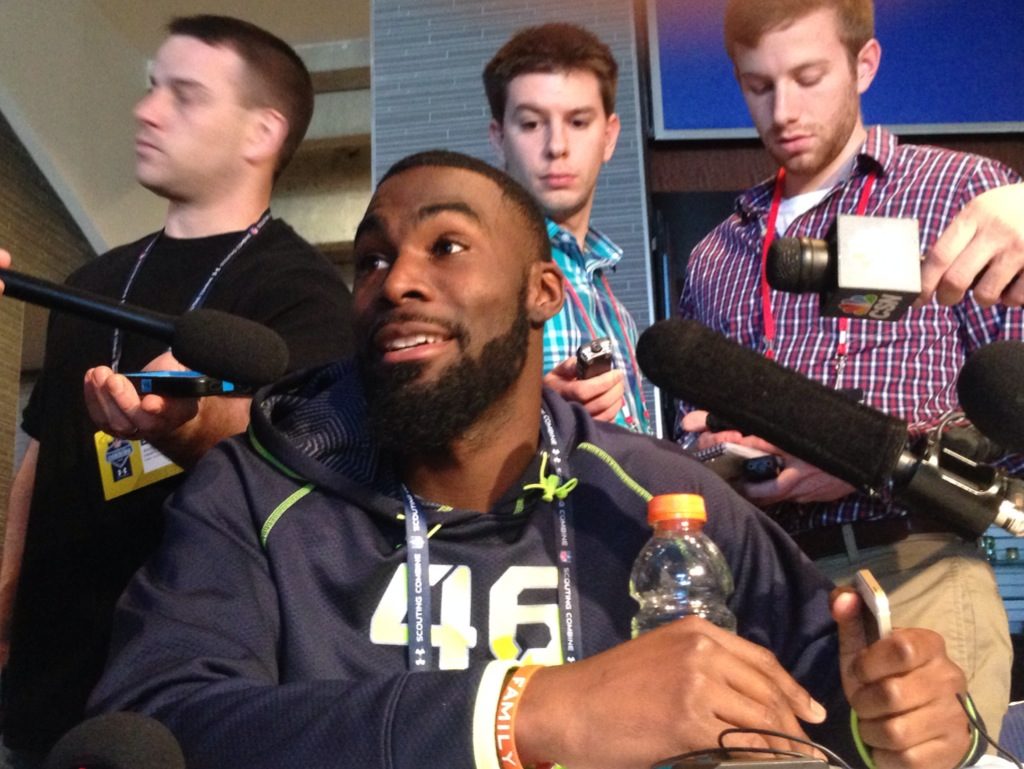 Former Mizzou captain L’Damian Washington caught up with Kat Lucchesi to talk about the NFL combine and what he’s been doing since the Cotton Bowl to prepare.

Like Justin Britt, Washington has spent most of his time training in Pensacola, Fla., and he feels that he is fully prepared for all the challenges that await him in the next couple days.

Washington is looking to follow in the footsteps of Jeremy Maclin and Danario Alexander to become the next Mizzou wideout to make an impact at the next level. He thinks his ability to stretch the field and make plays will allow him to do that.

But before he gets to work out and put his talents on display, Washington has had to go through a host of interviews and medical exams.

Through it all though, the 6-foot-4 receiver is just being himself.

“At Mizzou, as a captain, you had to be yourself around your teammates, because, at the end of the day, that’s who you are,” Washington said. “And I think I’m nothing short of that right now. I don’t want to be anyone that I’m not. I want to be myself, and I think most offensive coordinators and receivers coaches like that.”

Washington will be doing his drills at the NFL combine this weekend.