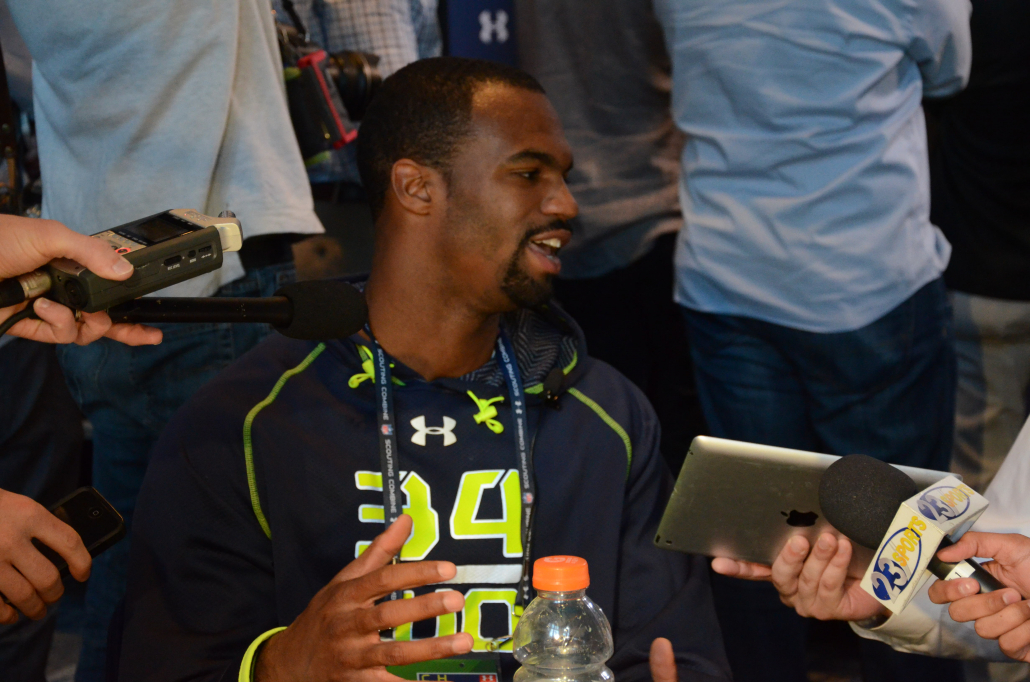 Mizzou wideout Marcus Lucas caught up with Kat Lucchesi on Saturday after his bench press to talk about his experience at the combine so far.

Mizzou has a great history of sending impact receivers to the NFL, and Lucas is hoping to continue that pipeline this year.

“There’s a great tradition going on from Mizzou with receivers making an impact in the NFL, you know, not just getting there, but actually getting minutes and playing and being successful in the NFL,” Lucas said. “I have a lot of big shoes to fill, and it’s great to have me and L’Damian here continuing that tradition for the younger guys to come.”

One reason that Mizzou has had such a rich history of successful NFL receivers is the time coaches spend preparing players every week, physically and mentally. The countless hours that Lucas spent in the weight room, film room and on the practice field while at Mizzou have made the combine workouts and drills seem second nature.

“With Coach Ivey and the strength staff, it’s very instilled in me and all the players that are here that nothing comes free,” said Lucas. “It’s a lot of hard work and sacrifice that makes you great, and that’s where the difference is. With the time that we’ve put in, it makes all this stuff pretty easy.”

Lucas completed his on-field workout this afternoon. Here’s how the Mizzou Made receiver did: