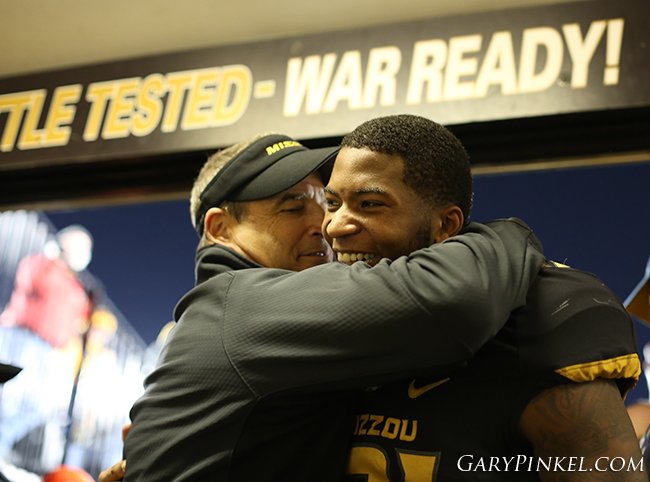 each home game in The ZOU, there are moments of pressure, anticipation, and happiness. However, during the final home game of every season, there is a bittersweet feeling for players and coaches alike as they send off the seniors into their last battle for ole Mizzou.

When they run into The ZOU for the last time, they exhibit a strength that has been built up over years in the Mizzou Football Family, and to them, that time has gone by in the blink of an eye.

“You only get so many opportunities at this game, and back when I was a freshman and sophomore, I really didn’t realize how fast time would go,” said senior defensive lineman Matt Hoch.

The Mizzou Football seniors are the leaders of the team. They are battle-tested, war-ready student-athletes who play with strength and set an example for their fellow teammates.

The goal of Mizzou Football is not to simply develop elite athletes. The real growth comes from total player development: development as an athlete, a person, a student, and as a member of a family.

“Coming here and being involved in the program has boosted my confidence and is going to help me later on in my life,” said senior offensive lineman Anthony Gatti.

When the seniors leave Mizzou, the Mizzou Football Family does not leave them. Head Coach Gary Pinkel is confident the brotherhood extends far beyond the athletic department.