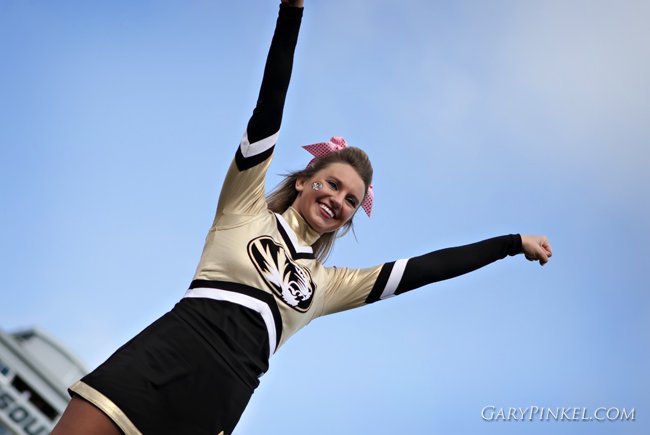 The Mizzou Cheerleaders are an important part of the spirit and atmosphere at Mizzou, and April 9 they’ll be taking their talents to Daytona Beach, Fla., to compete in the 2014 National Collegiate Cheer and Dance Championships.

On Tuesday, they held their final tune-up in Mizzou Arena before heading east.

From April 9-13, almost 7,000 student athletes from 35 states, Japan, Canada, and Costa Rica will compete for the coveted titles of NCA or NDA Collegiate Champion at the largest college cheer and dance championship in the world. Both the Golden Girls and Mizzou Cheerleaders are looking to defend the top 10 positions they earned at last year’s competition.

Truman the Tiger will also be competing after he was selected as one of the top 11 mascots from across the country to qualify for the National Mascot Competition.

The competition will be nationally televised on CBS Sports Network and will be streamed live on Varsity.com.

Want to be the next Mizzou Cheerleader? Preliminary tryouts for the 2014-2015 Cheer Squad begin May 1!